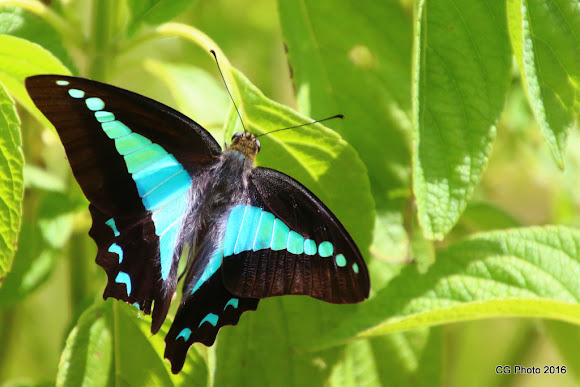 Blue Triangle butterflies fly very fast and are seldom at rest. When they are feeding on flowers, their wings are held vertically and constantly vibrate.

The Blue Triangle caterpillar foodplants are mainly belong to laurel family (Lauraceae) such as camphor laurel Cinnamomum camphora. The early instars stages of the caterpillar usually found feeding on the leaf bottom side, which the small caterpillar has the same colour as the leaf bottom.

Camphor Laurel is an introduced species and adapted by the Blue Triangle as their host plant. The plant is toxic to humans and considered as serious weed. Camphor Laurel can be found near creek as a dense large tree.