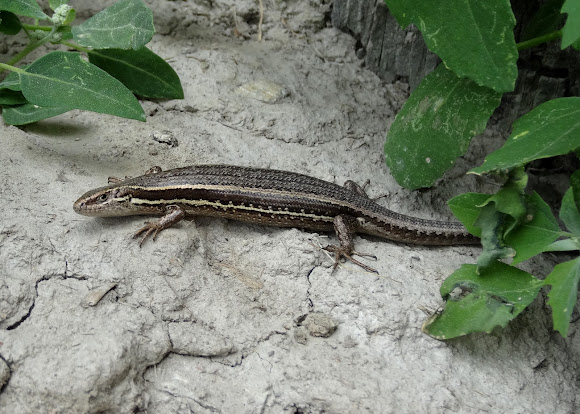 A medium sized skink 73mm snout to vent length with that again for the tail. Variable colouring regionally. The one pictured is of the race from Otago (central southern South Island). Upper surfaces are a light grey/brown with a chequer-board effect of darker scales. sides are a dark choclate brown boarded with thin cream stripes.

This one found in high altitude grassland among scattered rocks and scree just out of Queenstown. Found in most of the central South Island of New Zealand from sea level up to 1700 m. Avid sun basker, often active in the day.