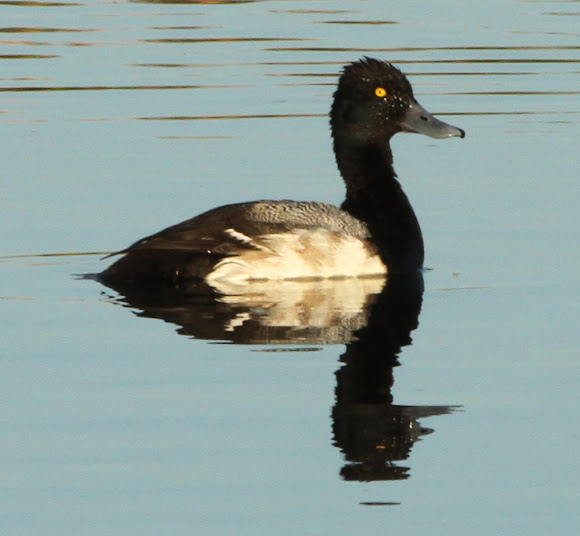 The Lesser Scaup (Aythya affinis) is a small North American diving duck that migrates south as far as Central America in winter. It is colloquially known as the Little Bluebill or Broadbill because of its distinctive blue bill. The origin of the name scaup may stem from the bird's preference for feeding on scalp

Their breeding habitat is inland lakes and marsh ponds in tundra from Alaska through western Canada to western Montana; few breed east of James Bay and the Great Lakes. Notable breeding concentrations, with more than half a million birds at the height of the season, can be found in Alaska, in the woodlands of the McKenzie River valley and on the Old Crow Flats. These birds migrate south (mostly via the Central and Mississippi Flyways) when the young are fledged and return in early spring, usually arriving on the breeding ground in May

Saw this bird at Eagle Lakes Park in Naples Florida