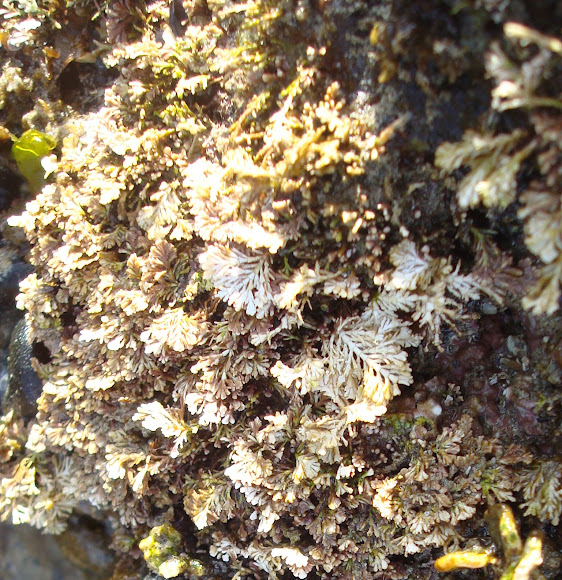 It is a calcareous red seaweed. It forms calcium carbonate deposits within its cells which serve to strengthen the thallus. These white deposits cause the seaweed to appear pink in colour, with white patches where the calcium carbonate is particularly concentrated, such as at the growing tips. The calcium carbonate makes it unpalatable to most rocky shore grazers. Corallina provides a habitat for many small animals which feed on the microorganisms dwelling in its dense tufts.

grows in the lower and mid-littoral zones on rocky shores. It is primarily found growing around the rims of tide pools, but can be found in shallow crevices anywhere on the rocky shore that are regularly refreshed with sea water. It predominantly grows on the lower shore, especially where fucoid algae are absent, but is also found further up shore on exposed coasts. C. officinalis is found on solid rock on the North Atlantic coast, from northern Norway to Morocco, and intermittently from Greenland to Argentina. Corallina is also found in some parts of Japan, China and Australasia.