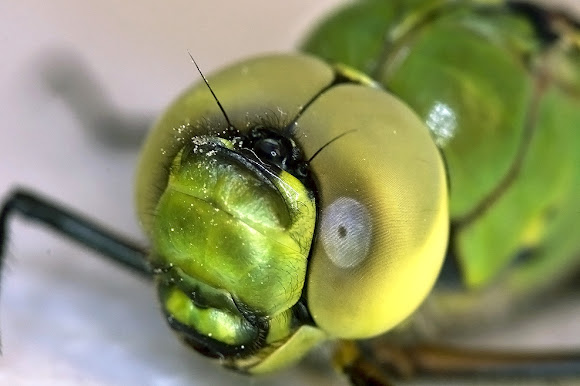 This immature male Blue Emperor Dragonfly (Anax imperator) landed early this morning in my balcony. He was exhausted, waiting for the first morning light to warm him. Although this species is considered non-migratory in Europe, it might be possible that he was migrating from Africa, were it is considered migratory? Given the proximity of Crete to Africa this, could be a possible explanation for the exhaustion of this individual. After the sun rose, the warmth gave strength to the Emperor and flew away.

Morning is when most reptiles and insects are so vulnerable. They need the sunlight to warm up.interesting notes!!

Thanks a lot armadeus.4! I was also reliefed when I saw the safe recoup of the emperor.

Incredible shots Thanasis! Nice to know the emperor had a safe place to recoup Thank you for sharing :)

Thanks a lot James!

Love the close up

@SukanyaDatta
Long live the Emperor indeed! I'm always excited when I meet this dragonflies! Thanks for the comment!

@Chris Taklis
I would have taken a closer photo if I could :P Thank you for the comment

Long live the Emperor...so glad to see royalty at such close quarters. Many thanks.

A little bit closer will be fine. :P