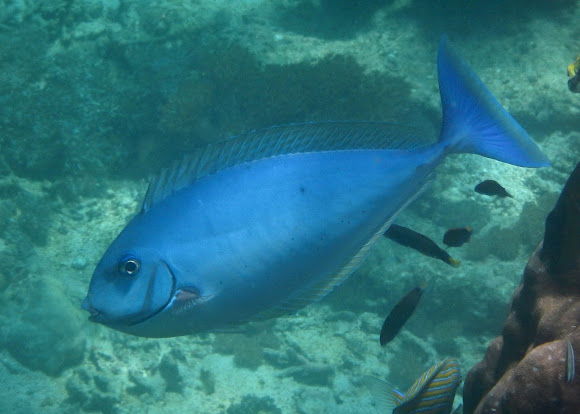 This one found in shallow water (4-8m) on coral reef just off Komodo Island in Indonesia and is probably a juvenile. As a species they do tend to occur in slightly deeper water as adults.

Interestingly this is a unicorn fish species that does not grow a horn from either gender. Also it is sometimes know as the Black-tongue Unicornfish as they develop a black tongue once they reach the 25cm length mark. Ref: Discover Life - Fish Base.

Thank you Polilla and Gilma. This is a strange case of a unicornfish with no horn. I believe this is the only one species of this group that doesnt grow one.

Beautiful! but I was expecting to see a unicorn on it?