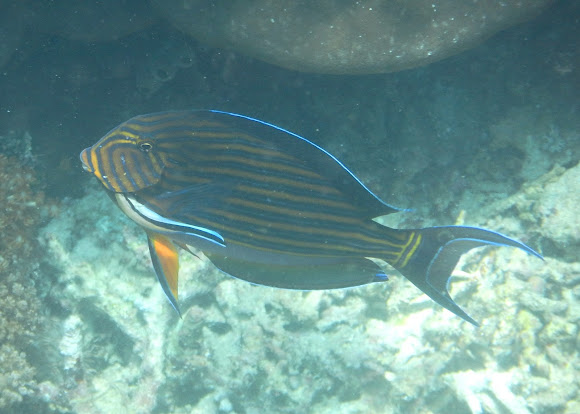 Most often found in shallow water at reef edges. This one found off Komodo Island in Indonesia.

Although very territorial, this fish was found at a Cleaner Wrasse cleaning station and seemed to tolerate others in close proximity during the cleaning process.