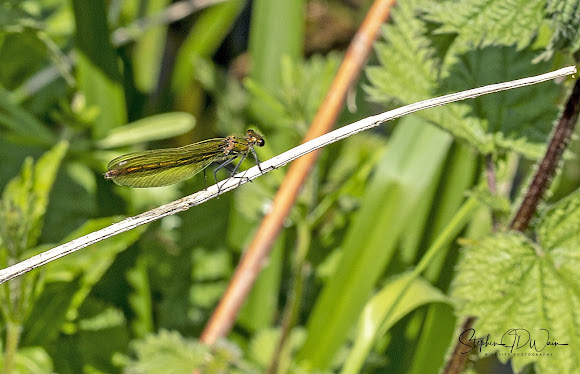 Only two species of damselfly in Britain have obviously coloured wings. They both belong to the genus Calopteryx. In this species the wings of the mature male have a dark blue-black band across the central portion and those of the female are iridescent pale-green. The body colour is metallic blue-green in the male and green with a bronze tip in the female. The flight is fluttering, butterfly-like and the male often perform a fluttering display flight in front of females.