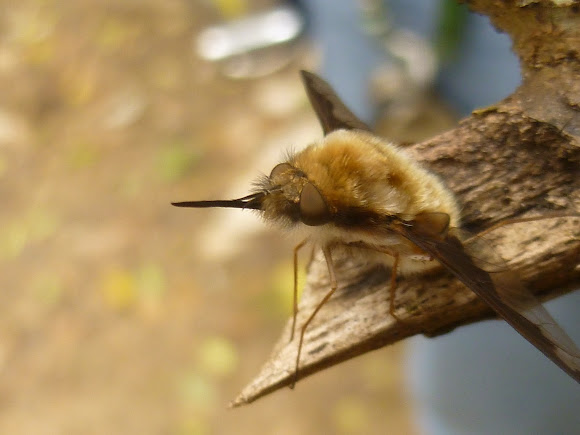 Another bee fly early in morning willing to pose for photos. These bee-flies mimic bees to allow them to get close to solitary bee's nest. Where the female will flick her eggs inside, then the larvae once hatched will feed on the larvae of the bee. They will also feed on solitary wasps and some beetles. If the female is unable to deposit her eggs near a nest, she will put them on plants visited by target species, and once the larvae are hatched they will catch a ride back to the nest with the adult.