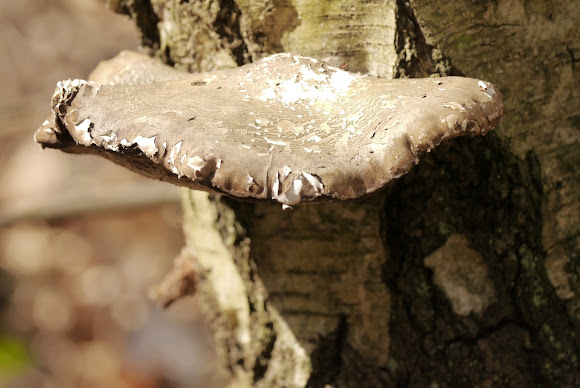 As its name suggests these large bracket fungi are found on Birch trees, usually dead but sometimes (as in this case) on living ones. They are quite easily identifiable as they are large saucer like fungi with a pale brown crust that tends to form a 'lip' around the edge of each fungi. these ones were around 15cm each and although growing individually there were several on the one tree which was in a part of the woodlands that was still very boggy.

in local woodlands which are predominatly Oak or Birch.

Obrigado Antonio ;-) I will keep my eye out for any ID's that may help with your unknown spottings then whilst searching for ID's for mine.

Beautiful series Debbie,congrats and thanks for sharing,the mosty winter spread a mild temperature winter for all the north hemisphere,i'am seeing many similitudes between UK fungi and Portuguese fungi,i normaly use UK data bases to id most part of mine :-)