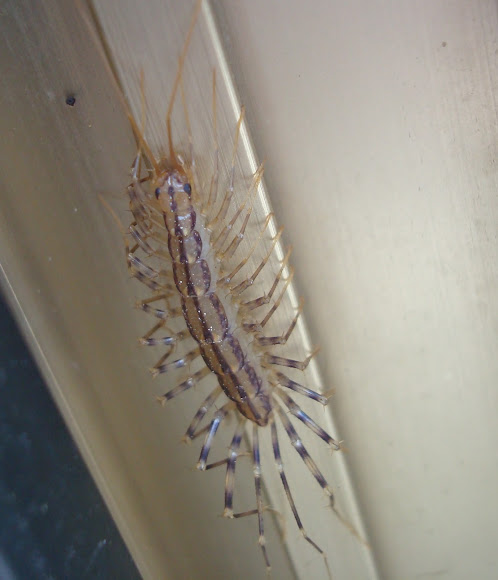 It is a typically yellowish-grey centipede with up to 15 pairs of legs. These delicate legs are attached to a rigid body. This enables it to reach surprising speeds of up to 0.4 m/s running across floors, up walls and along ceilings. Its body is yellowish-grey and has three dark dorsal stripes running down its length; the legs also have dark stripes. Unlike most other centipedes, house centipedes and their close relatives have well-developed, faceted eyes. S. coleoptrata has developed automimicry in that its hind legs present the appearance of antennae. When the centipede is at rest, it is not easy to tell its front from its back.

Originating in the Mediterranean region, the species has spread to other parts of the world, where it usually lives in human homes. It is an insectivore; it kills and eats other arthropods, such as insects and arachnids.

Here is considered as a lucky animal, every time some sees it in the house it'll bring money to the house ;)