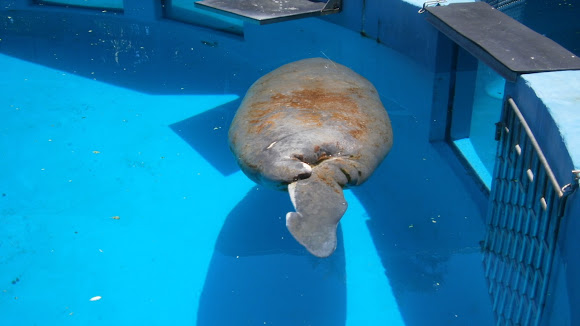 2.7-3.5 meters long, weighs 200-600 kg. Females are generally larger than males. They have no hind limbs and have a pelage cover that is sparsely distributed across the body, which may play a role in reducing the build up of algae on their thick skin.