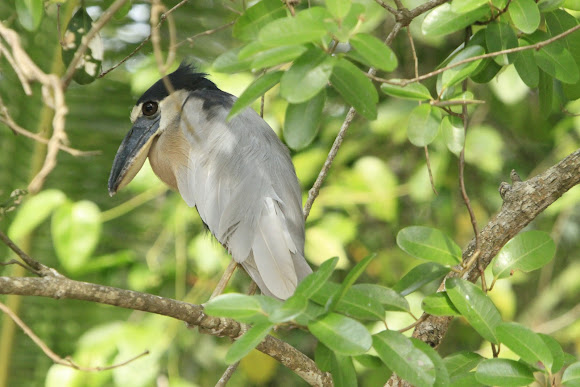 The boat-billed heron is found in Mexico down through Central and South America, as far south as Peru and Brazil. They live primarily in mangrove swamps and lowland tropical forests, and are both solitary and social birds. Though they nest in small colonies of only two or three birds, they roost in groups of up to 50 individuals. In Costa Rica, boat-billed herons are common along both the Caribbean and Pacific coasts. They live at elevations ranging from sea level to 600 feet and are often spotted in Tortugero National Park, Corcovado National Park, Palo Verde National Park and Carara National Park.