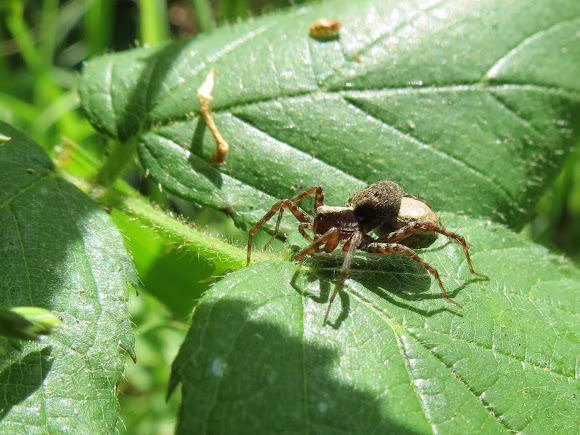 Wolf spiders are common in Britain, particularly in woodland habitats and can often be seen out in the open. These spiders can be seen in large numbers within a small area which led people to believe they hunted in packs, hence the name wolf spider. This female is carrying her egg sack attached to her abdomen.

Please consider adding this to the new Spiders of the British Isles mission http://www.projectnoah.org/missions/2977...