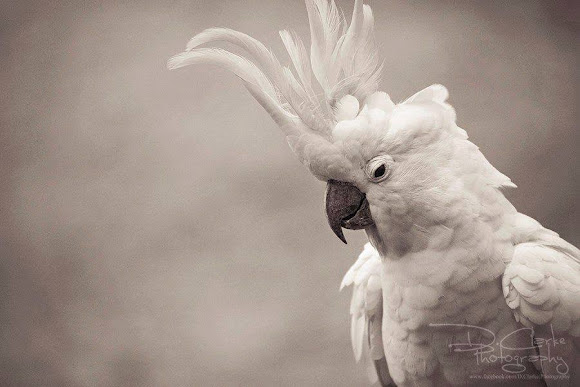 The Sulphur-crested Cockatoo (Cacatua galerita) is a relatively large white cockatoo found in wooded habitats in Australia and New Guinea and some of the islands of Indonesia. They can be locally very numerous, leading to them sometimes being considered pests. They are well known in aviculture, although they can be demanding pets.

In Australia, Sulphur-crested Cockatoos can be found widely in the north and east, ranging as far south as Tasmania, but avoiding arid inland areas with few trees. They are numerous in suburban habitats in cities such as Adelaide, Melbourne, Canberra, Sydney and Brisbane. Except for highland areas, they occur throughout most of New Guinea and on nearby smaller islands such as Waigeo, Misool and Aru, and various islands in the Cenderawasih Bay and Milne Bay

Belated congrats to you Darren. What a beauty :)

Hi thiago3... I don't think anyone could possibly have produced a more detailed and accurate description of where a species is from.

Congrats on your SOTD, Darren. Beautiful cocky and photography.

I love the description and the photo. Congratulations!

Oh wow, thank you everyone

Congratulations Darren, these are wonderful birds! Your photo is a true portrait.

Congrats Darren, your flamboyantly plumed sulphur-crested cockatoo is our Spotting of the Day! Its powerful bill is perfectly designed to crack open the seeds and nuts that make up a large part of its diet. Unfortunately it also uses it to destroy timber decking and paneling on houses and is considered a pest is some urban areas.

When my hairs go white I want that style!! Great picture and bird Darren =)

Oh no, I don't feed them
I have a red cedar house, if I start feeding them they would demolish it..
Yes the sulphur does seem to be missing, not a problem with the cocky
More a photo processing error on my part

..this one has no sulphur?

Nice portrait. I hope you're not feeding these house chewers. :-)