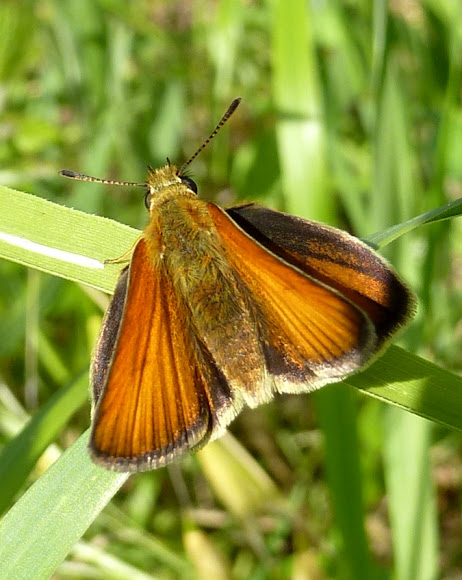 With a wingspan of 2.5 - 2.9 cm it is very similar in appearance to the Small Skipper (Thymelicus sylvestris). They can be told apart by the undersides of the tips of the antennae: the Essex skipper's are black whereas those of the Small Skipper are orange. The adult flies from July to August (obviously earlier in some areas). Like most skippers, they are fairly strictly diurnal, though individuals are very rarely encountered during the night.

It occurs throughout much of the Palaearctic region. Its range spreads from southern Scandinavia through Europe to North Africa and east to Central Asia It was only identified in the UK in 1889 and its range is expanding both in England and in northern Europe.