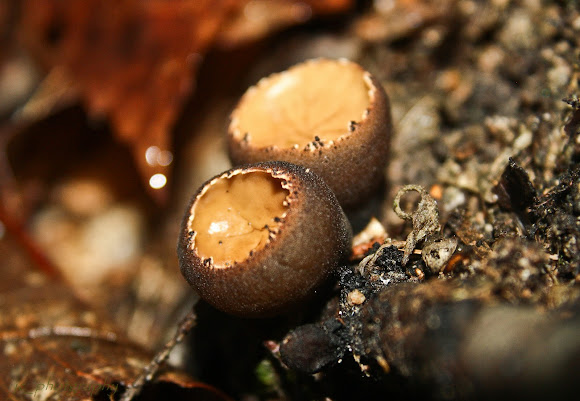 One of the strangest of the cup fungi I have ever seen. Resembles a small acorn and then slowly opens up to a a slightly convex bowl that resembles wood grain in the interior. This series shows the transition to the open cup. A slight touch to the more mature opened cup sends up a powdery mass of spores. It has a tough rubbery texture, jelly like underneath with small minute stipe.

Thank-you for the favorites...