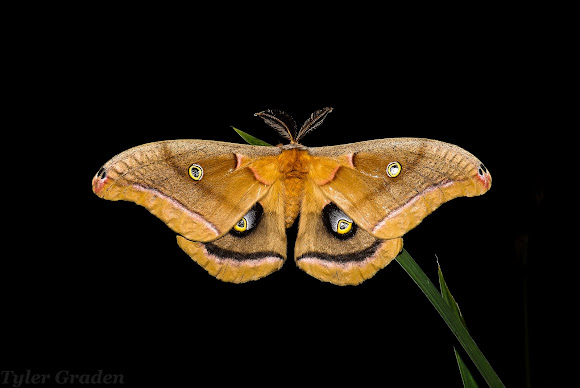 This large moth (this guy was 6 inches - the average wingspan for Polyphemus Moths) gets it's name from the Greek mythical cyclops Polyphemus. The center of each wing's "eye" and the smaller spot on the upper wings are transparent and film-like. The males of this species can be distinguished by their bushy antennae (this is a male).

Found at my front door, attracted to the light.

I heard something hitting my door and opened it to see what it was, and this guy flew right in. The last three pictures in the series were taken when he landed on a door inside, and the first two were taken when I released him on a plant near where he was found.