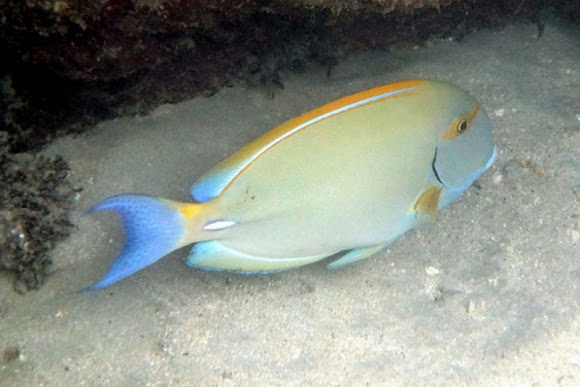 Whitespine Surgeonfish, AKA Eyestripe Surgeonfish, spotted at the Hanauma Bay Nature Preserve on the island of Oahu, Hawaii. This spot is not the best snorkeling spot on Oahu, but it has the greatest biodiversity of any place on the island. We have seen over 100 different species of marine life at this park, over a period of approximately 4.5 years.