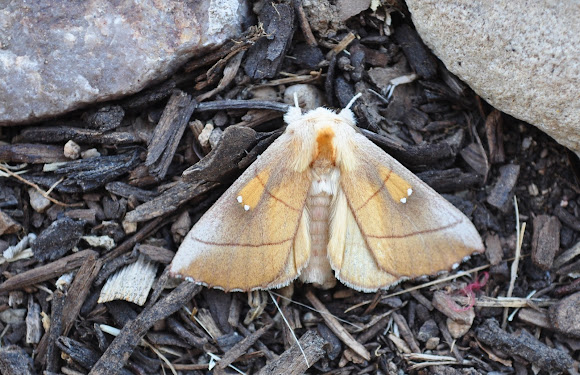 It is also known as the White-dotted Prominent and the Tawny Prominent. This common moth is found across North America from the northern boreal forests to as far south as Florida. It is most common in deciduous forests at some elevation. It is nocturnal but attracted to lights. The moths start to fly soon after dusk and return to resting places some time before dawn breaks . The adults live through late spring and early summer, and larvae are active until fall. They then pupate until the following spring.

Marvelous, Cynthia! Have you registered for National Moth Week yet? National Moth Week is a global citizen science event that celebrates the amazing biodiversity of moths. This year, National Moth Week is July 19 to July 27! Your state, Utah, is not on the map yet! Looking for moths near an outside light is all you need to do. You can register for a private or public and find more information at www.nationalmothweek.org. It would be great if you are interested in participating. If you add a spotting to the “Moths of the World” mission of a moth found during National Moth Week, you will contribute to important citizen science data! The mission can be found here: http://www.projectnoah.org/missions/8841.... Feel free to contact me with any questions via comments here or in an email: jgorneau@gmail.com.