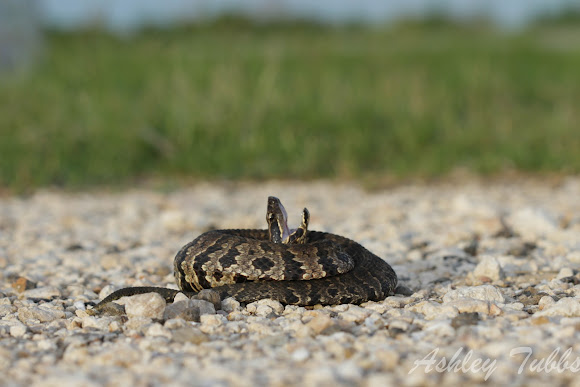 Cottonmouths can be highly variable, but they will always have a dark brown eye stripe. This guy still had much of his juvenile patterning, and the underside of his tail was still yellow. The last photo shows his belly, he was by far the prettiest cottonmouth I have ever seen!

Found him on a road right outside of a NWR. On either side of the road was grasslands with several areas that were flooded. I moved him off the road after some photos, there were many dead on road snakes we had found on that road already and didn't want this beautiful guy to end up like that.

Thanks J and Cody! And yes, that's why I don't want to give it back haha

beautiful! The 7D was doing good for you yesterday!