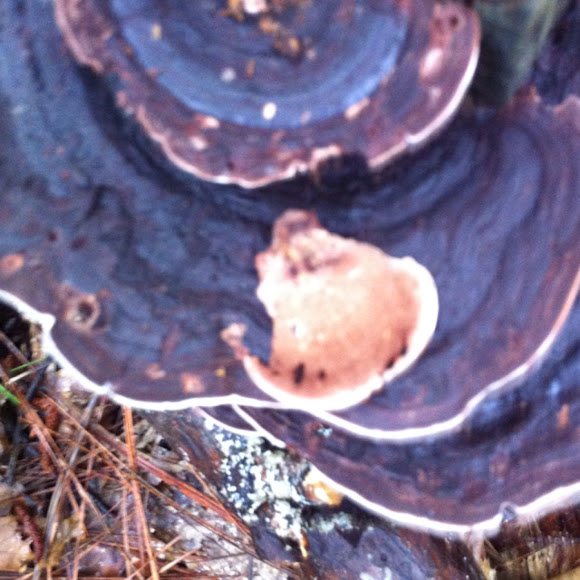 One to several fleshly, tough, ochre to rust-brown, velvety to wooly caps. Caps are 2" - 10" wide circular to semicircular or fan-shaped. Each has a thin white or light buff outer ring around outer rim.

On dead coniferous wood or birch. These two groups were on dead cut pine tree logs in a mixed forest in Cushing Mem. Park in Canton, GA 30014. Location on dirt road off of Crappie Lane. Found by Luke.

Pic #1 shows round light colored bottom of a small shell up side down. Reportedly these fungi were used to make dyes over at least the last several 100 years...