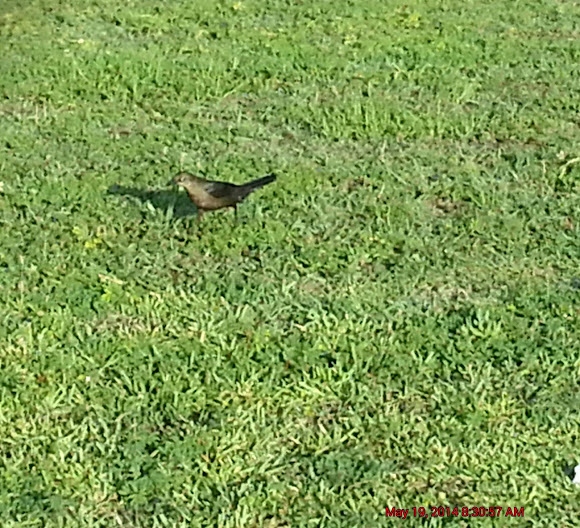 This photograph shows a female great-tailed grackle. The difference between the male and female is that the female is half the size of a male grackle with long slender tails, appear dark brown brown instead of iridescent black. Female great-tailed grackle usually pecks for food on lawns, fields,marsh edges, looking into trash or crowding in tress, and on telephone lines in noisy areas.

Great-tailed grackles lived in rural and developed areas in the midwest and west. You can find many in a range stretches from Kansas to California. They have become common in Texas and Arizona in the southern regions.