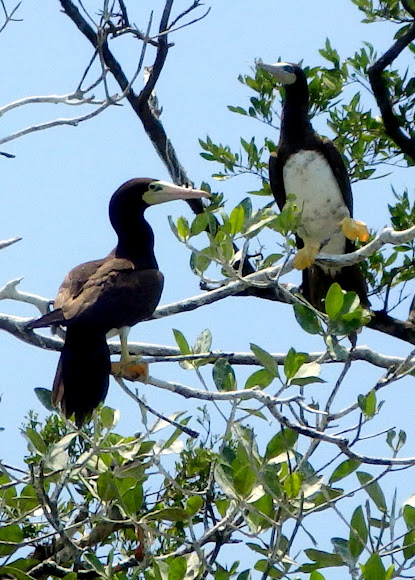 Spotted on a small mangrove island rookery in Belize. Many brown boobies were inhabiting the crowded rookery. The only other birds spotted on the island were great frigatebirds (Fregata minor). The last photo of the series shows the small island rookery from the boat.

Form nesting colonies in pantropical areas of the Atlantic and Pacific oceans, on oceanic islands which are usually small in size, but may number thousands of pairs when food is abundant. They frequent the breeding grounds of the islands in the Gulf of Mexico and the Caribbean Sea.

It is amazing to see them with their big feet in a tree!