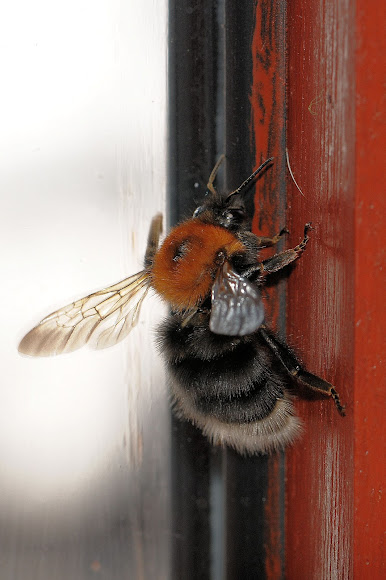 The Tree bumblebee was first recorded in Britain in 2001 in Hampshire. Since then it has spread rapidly throughout England and Wales. Just recently this year, it was recorded in Scotland for the first time.

Habitat It has been most commonly found in gardens, nesting well above the ground in bird nest boxes or holes in trees. As well as urban gardens it is associated with open clearings in woodlands and occasionally in arable situations and meadows. This species will visit a very wide range of flowers. Flight season Numbers peak in late May and early June although the main flight season is from March to August - (Annie Robinson - The BeeWatch Team@abdn.ac.uk)