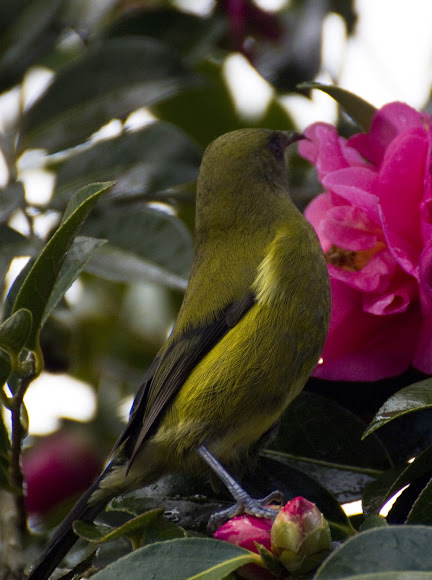 endemic to New Zealand. It has greenish colouration and is the only living member of the genus Anthornis. The bellbird forms a significant component of the famed New Zealand dawn chorus of bird song that was much noted by early European settlers. The explorer Captain Cook wrote of its song "it seemed to be like small bells most exquisitely tuned". Its bell-like song is sometimes confused with that of the Tui. The species is common across much of New Zealand and its offshore islands as well as the Auckland Islands.

Feeding on a Camellia in our garden.

They certainly deserve their name. Saw some on Stewart Island, staying in the aptly named "Bellbird Cottage".