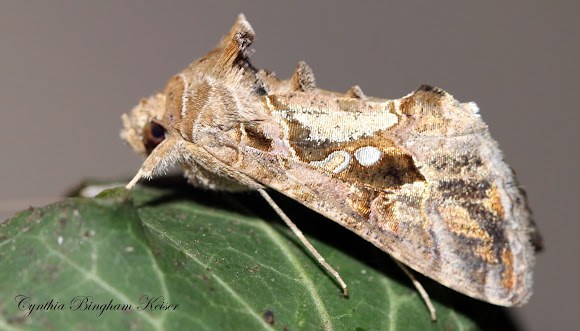 Brown and tan moth with white spot and blotch with a light patch above them.

Under the porch light in the backyard. "Common in the southeast and south central United States. Ranges as far north as Nova Scotia, southern Quebec and southern Ontario, South Dakota, and Wisconsin. Known in the west from southern Colorado, southern California, Arizona, and New Mexico (Pogue, 2005). This tropical moth often migrates far north in the spring and summer establishing breeding populations that are killed off with the freeze (Powell & Opler, 2009)."