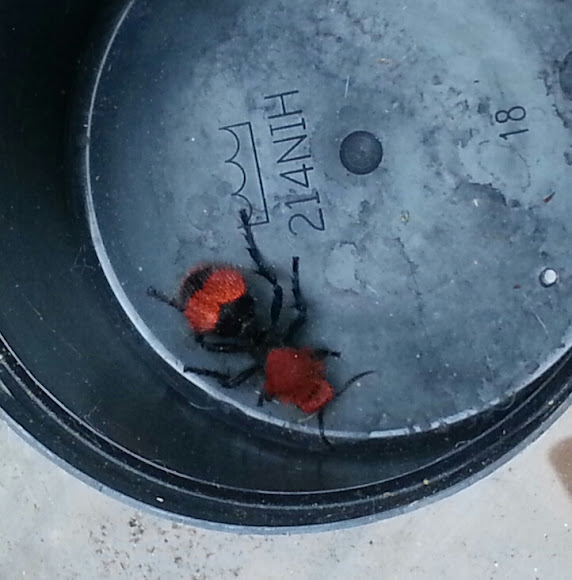 The Multillidae are a family of more than 3000 species of wasps whose wingless female resembles a huge hairy ant. The common name Velvet Ant refers too their dense pile of hair which most often I'd bright scarlet or orange. The exoskeleton of all velvet ants is unusually tough, helping them to invade the best of their prey and retain water. The females are wingless, and so different from the male it's difficult to associate them as the same species unless caught mating.

Worldwide, mainly in the dry tropics. They are especially common in desert and sandy areas.

They are known for their extremely painful sting, hence the name Cow Killer Ant. The immature stages are external parasites of wasp that nest in the ground, like Cicada Killer Wasps. After the developing Cicada Killers have formed cocoons, the female Velvet Ant slips inside the underground nest and lays it's eggs on the cocoon. The eggs hatch, and the larva feed on, and eventually kill the developing wasp larva.