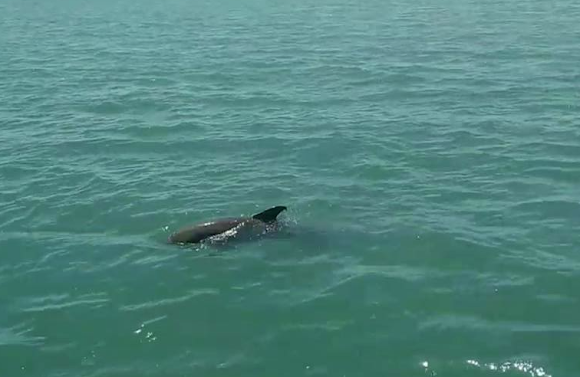 One of the most iconic animals of all time, a bottlenose dolphin off the coast of Cocoa Beach, Florida. Bottlenose dolphins are insanely intelligent creatures. For a long time the bottlenose dolphin was considered one species but is now used for the genus Tursiops, and researchers believe that a greater number of species could be recognized due to the genetic variation found among different populations of dolphins, even ones in neighboring groups. Cetaceans have always fascinated me due to their rich revolutionary history and human esque intelligence. The fact that the US Military has a branch dedicated to training them as minesweepers and other functions is hilarious to me. Unusually for dolphins, five of their seven neck vertebrae are not fused together which allows them a greater range of motion than would normally be seen. I could talk and talk and talk about dolphins and the studies done on their intelligence, human interactive behavior, and evolution, but don't have the space. Please look into these wonderful creatures.

The common bottlenose dolphin can be found everywhere except Artic waters.