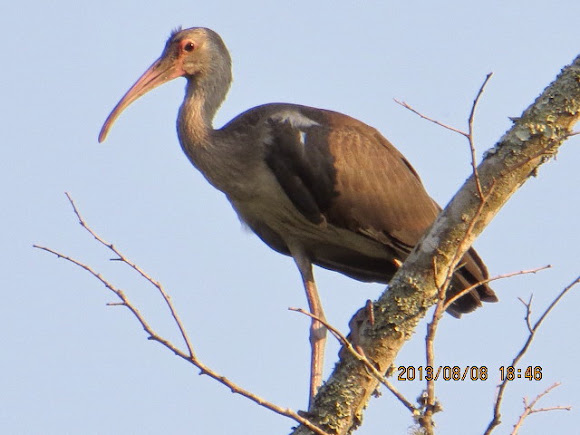 the American White Ibis (Eudocimus albus) is a species of bird in the ibis family Threskiornithidae. It is found from the mid-Atlantic and Gulf Coast of the United States south through most of the New World tropics. This particular ibis is a medium-sized bird with an overall white plumage, bright red-orange down-curved bill and long legs, and black wing tips that are usually only visible in flight. Males are larger and have longer bills than females. The breeding range runs along the Gulf and Atlantic Coast.

The American White Ibis is most common in Florida, where over 30,000 have been counted in a single breeding colony. It also occurs throughout the Caribbean, on both coasts of Mexico (from Baja California southwards) and Central America, and as far south as Columbia and Venezuela. The non-breeding range extends further inland, reaching north to Virginia, and west to eastern Texas.