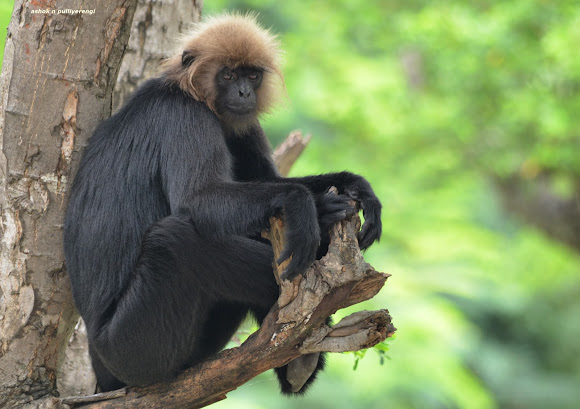 conservation status -vulnerable The Nilgiri langur (Trachypithecus johnii) is a lutung (a type of Old World monkey) found in the Nilgiri Hills of the Western Ghats in South India. Its range also includes Kodagu in Karnataka, Kodayar Hills in Tamil Nadu, and many other hilly areas in Kerala and Tamil Nadu. This primate has glossy black fur on its body and golden brown fur on its head. It is similar in size and long-tailed like the gray langurs. Females have a white patch of fur on the inner thigh. It typically lives in troops of nine to ten monkeys

The species is endangered due to deforestation and poaching for its fur and flesh, the latter believed to have aphrodisiac properties