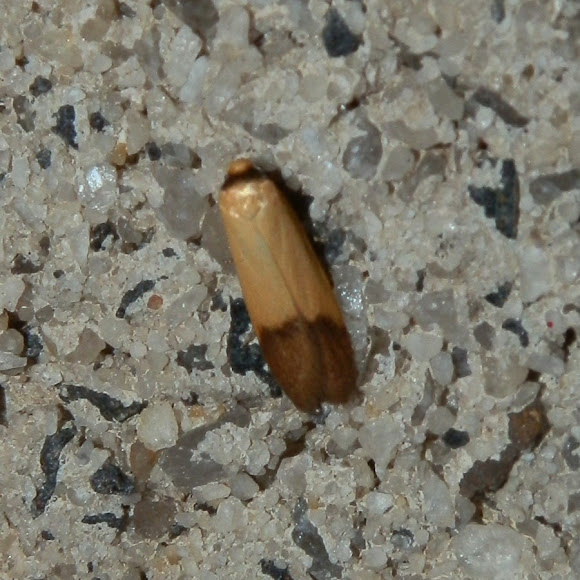 A small moth about 8 mm long. The major part of both fore wings were glossy and a pale yellow and submarginal areas were brown, with a diffuse deep brown line separating the two. Wings were held flat. A small head appeared yellow with brown colouring to the posterior area. Could not photograph details of head. Antennae probably held under wings.

They can be confusing. I had seen this one on the list recently while hunting something else

Thank you for looking at this Stephen and for the ID suggestion. I did have a look at concealer moths but I hesitated for two reasons:
-I could not see the re-curved labial palps clearly ( ? bad photo)
- The trailing margin of wing was held flat with very little fringe ( maybe this is just a variation?). D. Hobern's photos on Flickr look more like mine. Thanks again.