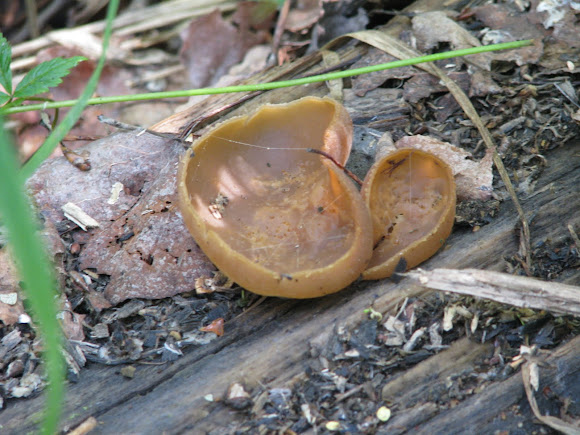 Sac fungi commonly known as Brown Cup, it was discovered on rotting wood during a nature walk in the Boreal forest.

Boreal forest. Picture was taken on a nature walk at the Bird Conservatory at Lesser Slave Lake, in the Provincial Park. Situated on top of rotting wood, the forest was a pre-climax mix of dying deciduous with a move towards fir species. A wet season there were a number of little brown mushrooms and parasitic mushrooms in the area.