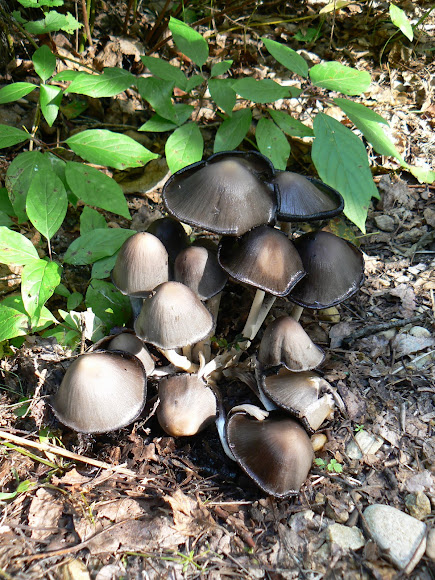 This picture was taken on a nature walk at Lesser Slave Lake, in the Provincial Park. Tucked behind some bushes we started looking for fungus after finding a sac fungi on some dead/down logs. Greyish with striated cap; margin curling inwards with age. Following rains in leaf litter under poplar trees and has a short lifespan measured in hours not days.

Boreal forest. Picture was taken on a nature walk at the Bird Conservatory at Lesser Slave Lake, in the Provincial Park. Situated on top of rotting wood, the forest was a pre-climax mix of dying deciduous with a move towards fir species.