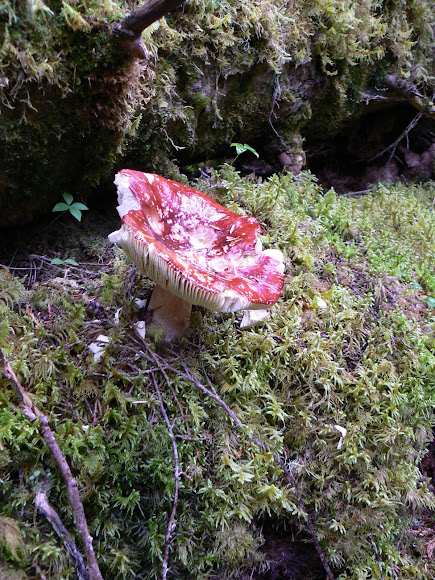 A poisonous but still eaten fungus that makes people somewhat ill. The definitive feature is the red cap which is similar to other Russela. On this trip we had seen a squirrel eating another kind of mushroom and we thought it possible that a squirrel nibbled on parts of this mushroom as well.

This fungus was found in sphagnum moss under conifers in the montane region of Mount Robson, but can be found in mixed woods as well. A wet season, there was an abundance of fungus. The cap of the mushroom was moist to touch.