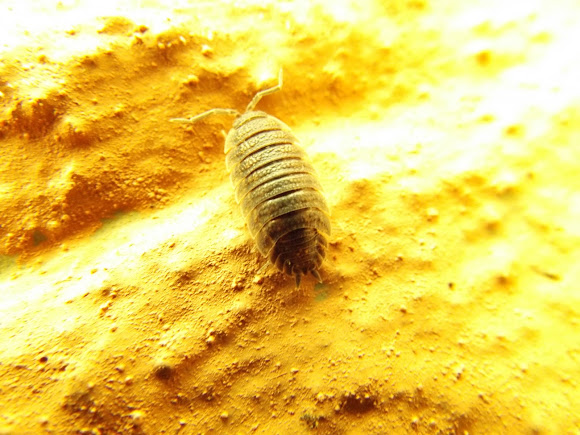 Porcellio scaber is found across Central and Western Europe.[2] In the United Kingdom, it is one of the "big five" species of woodlouse, where it is probably the most common of all woodlouse species. It has also colonised North America, South Africa and other areas, largely through human activity.[3] It is also the most common species of woodlouse found in Australian gardens.[4]P. scaber can grow up to 20 millimetres (0.8 in) long, and is usually a grey colour, paler underneath, although brown, yellow or orange hues may also be observed. It lives in a wide variety of habitats which contain reasonable levels of humidity, but it is less dependent on water than Oniscus asellus.[5]