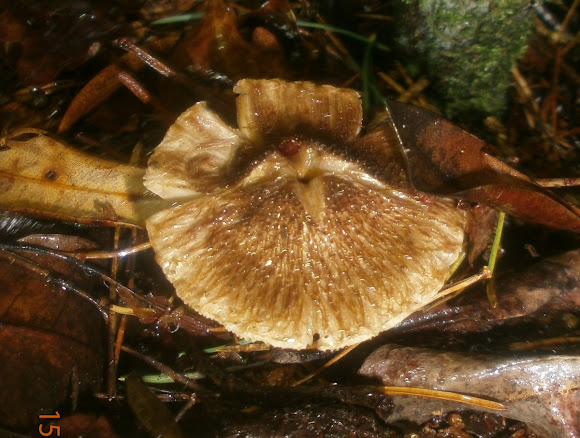 Growing hidden under some sparse, cut down rhododendron branches in an area full of rhododendron and near a pine tree. No strong, distinctive smell. About 7cm high. I thought Lacrymaria lacrymabunda although the gills seem very white compared to ones I've found before. I would have expected the more mature fruitbody to be a dark brown by the time the cap started to crack and never for the gills to be so white as with the younger fruitbody. I've just thought that Deer Shield, Pluteus cervinus, could be an option although the cap and stem look too floccose (woolly tufts)