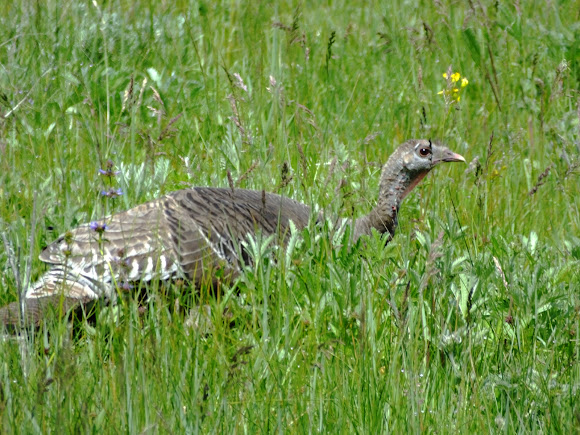 The wild turkey is not considered native to California, despite the fact that wild turkeys were widespread across N America . A smaller species was driven to extinction prior to arrival of the Europeans. Although re introduction of the turkey was considered one of conservation's greatest achievements, the turkey is an invasive pest in much of California and Oregon

a small campground, with many micro eco systems, that now devoid of water is a popular wayside and birding site

We came for the butterflies and found her upon entry. I had long known that in Oregon turkeys were introduced - primarily for the pleasure of hunters, but wasn't sure about California