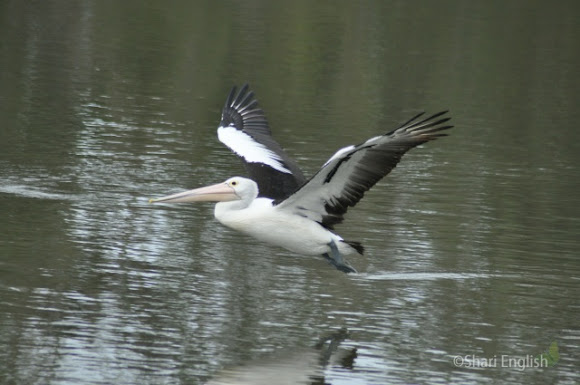 The Australian Pelican is Australia's largest flying bird with wingspan up to 3.5m and also has the world's largest bill which is up to 47cm. The bill is an expandable pouch used to catch and hold fish. The lower pouch turns a scarlet colour with a blue stripe and the throat yellow during courtship. They forage both day and night for fish and crustaceans .

This pelican was spotted at the Boondall wetlands outside of Brisbane. A mosquito spraying helicopter startled him and he took flight along the water giving me this lovely shot.

Thankyou, I just love photographing wildlife and this site is so great to share and discover species from around the world!

No problem. You've made a great start with some very good photos. Welcome to NOAH.

Thanks, yeah i'm only just new to this i didn't realise it added them all together =| i will fix it up! The third bird is a brolga =)

What is the third bird please.