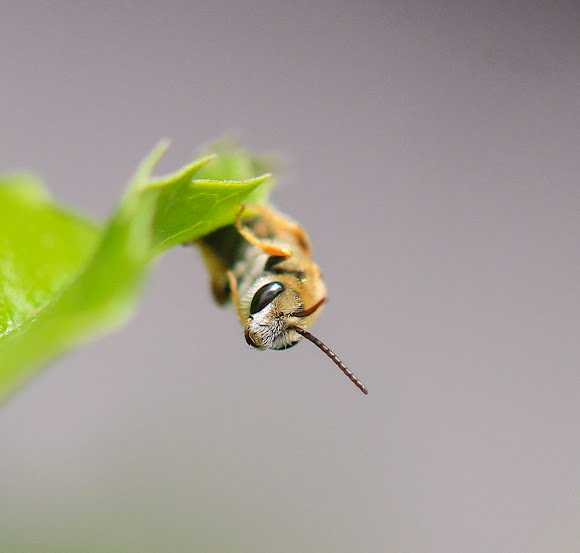 This little face belongs to a sweat bee that has been a new visitor to the garden. As their name suggests, they are commonly attracted to human sweat which offers not only water but salt and minerals acting to them as an electrolyte (rehydrate) dose to a human athlete. It has also been compared to deer visiting salt licks. Nesting in soil burrows, sweat bees are often observed heavily laden with pollen on route to their nest to store it en mass as food for the young.

Mostly arid areas. With more open soil around after the drought, Sweat bees may have gravitated towards the more forested areas of the Cape.

Sweat bees obtain salt from sources in nature but are drawn to human sweat as a result of oppertunistic behaviour. This interaction with us on such an intimate level often leads to overactions to them landing on us and this leads to stings. While they are not aggresive creatures, they sting when disturbed or are brushed away mostly mistaken for an annoying fly. The stings however are minor due to thier small size.