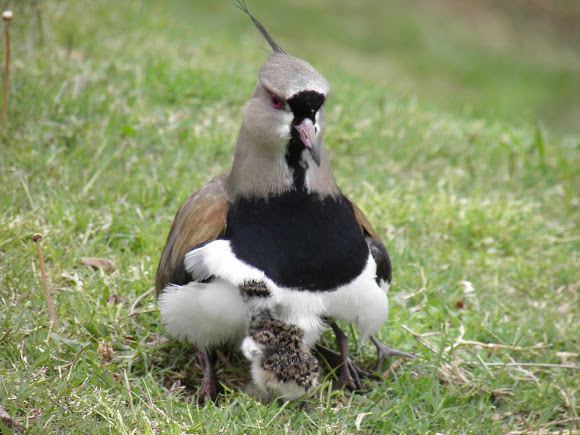 Today, 27th of August 2014, around four or five new southern lapwing chicks were born at school. As usual, they nested the eggs at the school hill until the right moment came and today we could witness the event once more. What is more, the first baby chick to stand up next to its mum stumbled down the hill in what we thought was a very unfortunate event which might end the chicks life. However, the chick slowly got hold of itself and started to fight its way up the hill with legs, beak, forming wings, everything. As shown in the video which I fortunately started to record when he had already managed to climb part of the hill, the baby chick used all the energy it had to get back to its mum and life.

Thank you for the comments and yes, it is lovely!! =D

Thank you very much Bhagya and Karen for the comments and yes, it is an adorable lapwing chick =D