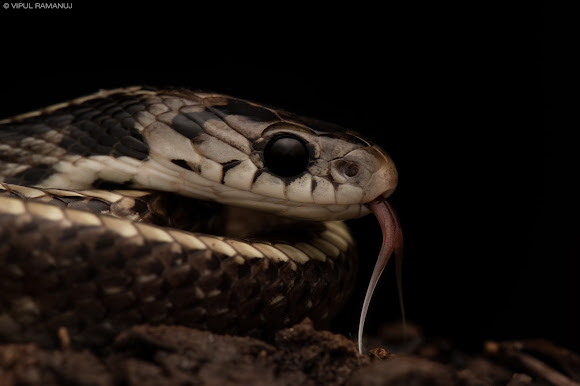 This is one of the rarest snakes in India. It was considered extinct for almost 100 years until it's rediscovery in 2003.

Previously, it was thought that B.westermanni is restricted to northern and western India (ShaRma 2014) but the sightings of the species from southern peninsular India (Telangana and Karnataka) indicate that the species could be widely distributed in India. Because of its cryptic nature and low abundance, it has been detected only very rarely.

They have such beady eyes and a nice shape to the head. I hope they stay hidden and safe.

What a wonderful and very special spotting. Great shot and thank you for sharing Vipul :)

Where did you see it? What habitat?