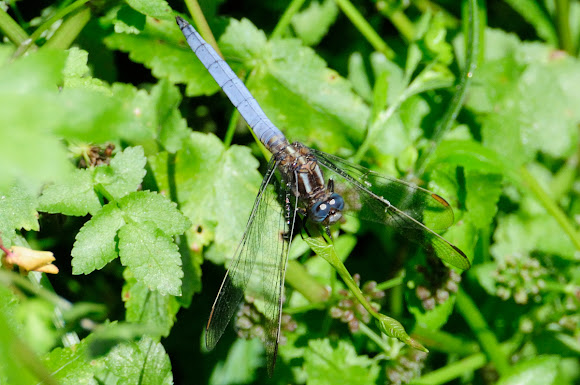 This species resembles the Black-tailed Skimmer but is slimmer and the male has no black tip. Females and immature males lack the black abdominal pattern. The pterostigma is orange and the thorax usually bears pale stripes. It breeds mainly in peat bogs and flies from June to September. This dragonfly is common in central and southern Europe. I Its flight is quite skittish, with frequent hovering, and it lands often. It can fly quite a distance from water, despite its seemingly weak flight. When it perches, the wings are held forward.

Spotted at a small brook close to the coast