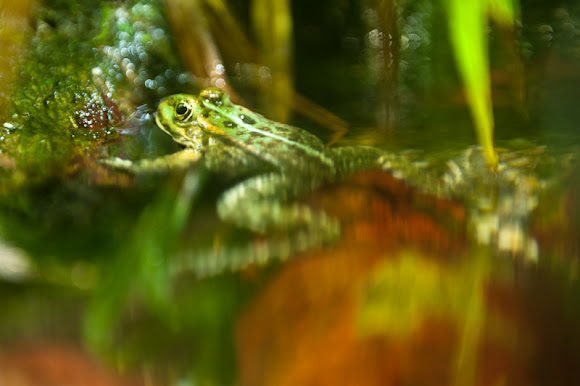 Pelophylax is a genus of true frogs widespread in Eurasia, with a few species ranging into northern Africa. This genus was erected by Leopold Fitzinger in 1843 to accommodate the "green frogs" of the Old World, which he considered distinct from the brown pond frogs of Linnaeus' genus Rana.

I'm sorry if I offended you. I just wanted to help you ID your spotting. It could be a grasshopper, it could be a cricket. The antenna are the easiest way to tell what it is. Since they are only partially in the picture I asked for it.

well noah isn´t a kindergarden - some still have to realize

@JulieGoodbloodClark Are you taking the mickey out of me because I placed a comment on you're spotting saying that it could be a grasshopper?