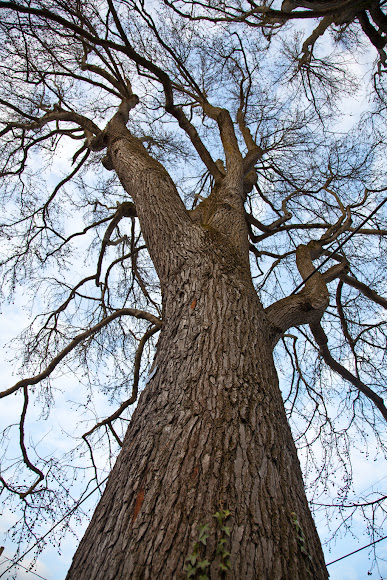 * "Liquidambar styraciflua, the American sweetgum or redgum, is a deciduous tree in the genus Liquidambar native to warm temperate areas of eastern North America and tropical montane regions of Mexico and Central America. A popular ornamental tree in temperate climates, it is recognizable by the combination of its five-pointed star-shaped leaves and its hard, spiked fruits. It is currently classified in the plant family Altingiaceae, but was formerly considered a member of the Hamamelidaceae." * from wikipedia entry

* "Sweetgum is one of the most common hardwoods in the eastern United States, where it occurs naturally at low to moderate altitudes from southwestern Connecticut south to central Florida, and west to Illinois, southern Missouri, and eastern Texas, but not colder areas of Appalachia or the Midwestern states. The species also occurs in Mexico from southern Nuevo León south to Chiapas, as well as in Guatemala, El Salvador, Nicaragua, and Honduras. In Mexico and Central America, it is a characteristic plant of cloud forests, growing at middle elevations in various mountainous areas where the climate is humid and more temperate." * from wikipedia entry

This is a Portland Heritage Tree here in Portland, OR. It's heritage tree number is 55.