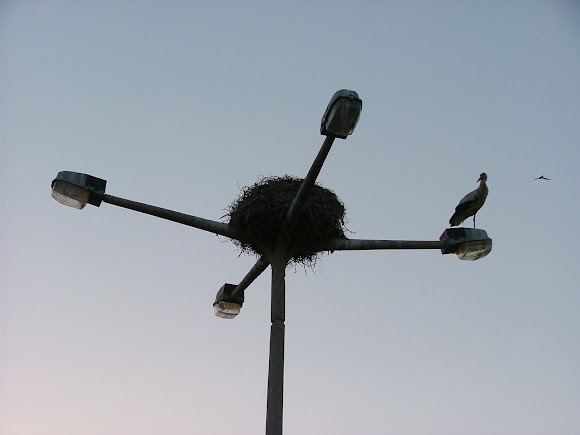 Its plumage is mainly white, with black on its wings. The breast feathers are long and shaggy forming a ruff which is used in some courtship displays. Adults have long red legs and long pointed red beaks, and measure on average 100–115 cm (39–45 in) from beak tip to end of tail, with a 195–215 cm (77–85 in) wingspan. The sexes are identical in appearance, except that males are larger than females on average. The irises are dull brown or grey, and the peri-orbital skin is black. The adult has a bright red beak and red legs, the coloration of which is derived from carotenoids in the diet.