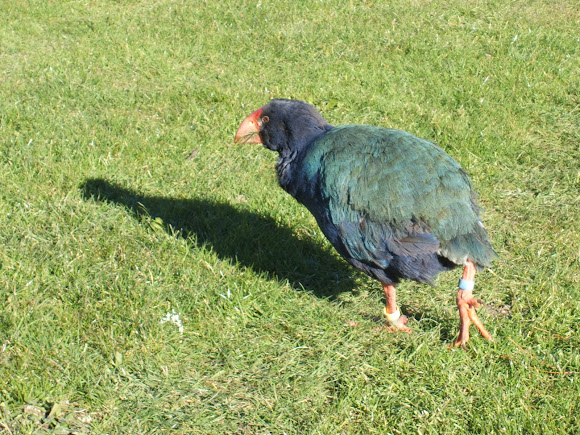 The South Island Takahē is an endemic flightless rail of New Zealand. Considered extinct until rediscovered in the Murchison Mountains of the South Island in 1948. They can now be found in small numbers on offshore predator free island sanctuaries (such as Tiritiri Matangi or Kapiti Islands)

Whilst rediscovered in the high, remote country of South Island NZ in Alpine areas, the Takahē is thought to prefer open grassland and was only rediscovered in an alpine region due to less pressure from introduced mustelids.

A North Island species (Porphyrio Mantelli) existed until the early 1900s, but is long extinct. Despite being spotted in North Island New Zealand, this was the South Island variant.

Interesting birds. Another typical NZ evolutionary tangent. The Takahe is thought to be the bird that evolved from an earlier colonisation of NZ by a bird like the Pukeko (Purple Swamphen).

Thanks for the interesting info! To my shame (my Mum's a Kiwi) I'd never heard of the Takahē before.