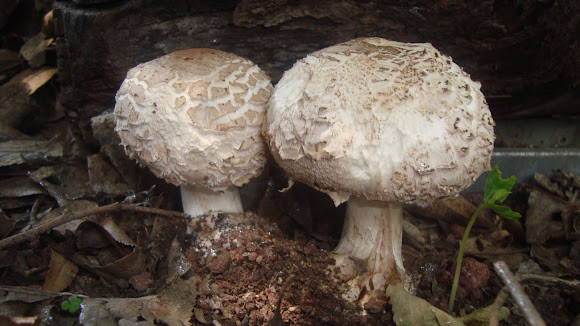 Woods and shrubberies of all kinds, often with conifers. Season summer to late autumn. Frequent. Edible but may cause gastric upsets in some people. Distribution, America and Europe.

anything that may look like goo or something like that are the tracks of some snails and slugs that apparently were eating the mushroom during the night, beacause i never saw them directly.