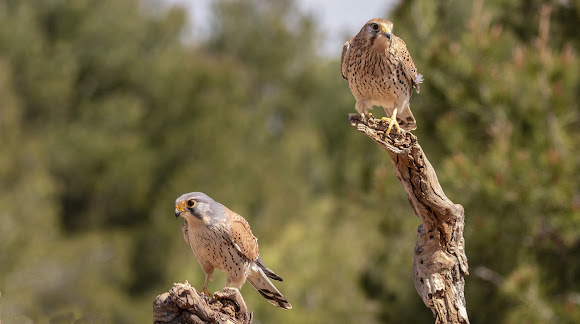 Kestrels are found in a wide variety of habitats, including grasslands, meadows, deserts, and other open to semi-open regions. They can also be found in both urban and suburban areas.

Thank you for such encouraging comments. Photo #2 is my favourite also

Stunning shots of these gorgeous birds. Thank you for sharing Stephen :)

Gorgeous spotting. All photos are beautiful, but #2 has something special. Congrats on your sotw nomination.

Your spotting has been nominated for the Spotting of the Week. The winner will be chosen by the Project Noah Rangers based on a combination of factors including: uniqueness of the shot, status of the organism (for example, rare or endangered), quality of the information provided in the habitat and description sections. There is a subjective element, of course; the spotting with the highest number of Ranger votes is chosen. Congratulations on being nominated again Stephen!