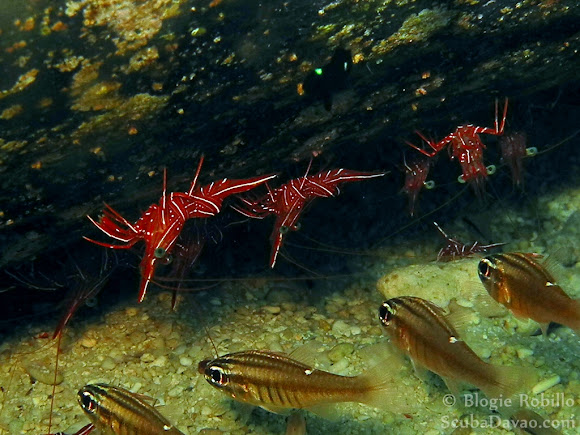 Found in large groups in rocky outcrops, under overhangs and among coral rubble. In this series, an army of hingebeak shrimp were spotted under an old wood. Widespread in the Indo-Pacific region.

At a depth of about 25 feet, an army of hingebeak shrimp live together with other types of shrimp and other marine life. They were all on, in and around a huge old wood. In the 3rd photo, it looks like there was a face-off between fish and shrimp!

They populate the "cleaning stations" where the reef fish come in to be cleaned of parasites!...therefor no face-off but a symbiotic encounter!